In just over  a week our number one son is coming home for a visit. We know when he is arriving but have no idea how long he is staying. We're hoping it's going to be a reasonable length of time but will be happy with whatever. It's a couple of years since he and his wife have visited so his sisters are getting excited as well, there could be quite a delegation at the airport to welcome him. He is flying in from Japan. Yeeha!
Four years ago we were in Japan for his wedding. We loved Japan and the people and hope to get back someday.

We thoroughly enjoyed living in a completely different culture, even if just for a few weeks and because we were staying with family we didn't just do the tourist things. 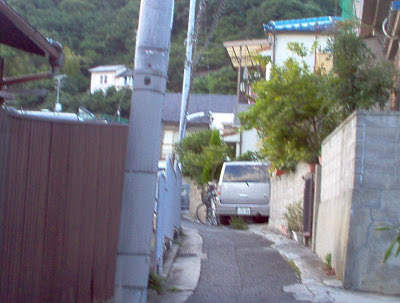 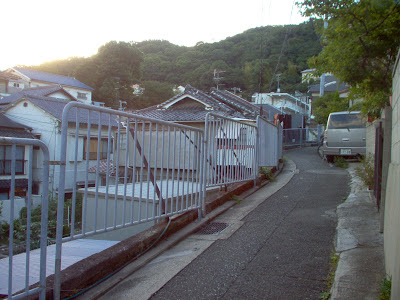 Yes, this is the road, and yes this car was driven up here and parked for the night.
We found it was very safe to go walking at night time when the air got cooler, a lot of other people did the same thing, including young families.

One night we went for a lovely stroll through Chinatown, we were even stopped and had our pictures taken with a delightful elderly Japanese gentleman and his friends. We communicated with signs and play-acting.
We visited Nara and the deer park there as well as going to see the Great Buddha in the Todaiji Temple. The buddha is bronze and 15 metres high (50 ft) and the temple is the largest wooden structure on earth. It is huge and my photo doesn't do it justice, it doesn't show the perspective.

The ornamental gates are beautiful, even the gates to some of the houses are lovely, totally different to european style.

We also went to Himeji castle which is a world heritage site and the allies were ordered not to bomb in the area during the second world war. While there we met another lovely Japanese gentleman who told us a story of the castle shogun. The castle was under attack and he had to escape by jumping naked out of a window and escaping across the roof and jumping into a well. There was a tunnel in the well and he made his escape. We all enjoyed a wonderful story time with him speaking no English and us no Japanese but with a lady interpreting in broken English.

Just outside the castle walls were formal gardens representing the seven different areas of Japan.

We visited a lavender farm in Kobe and also went for a harbour cruise while there.

We ate a variety of foods, Japanese and Chinese, in a large range of restaurants from formal to informal, outside and in. This was quite a challenge for me as I am a basic meat and veges girl. 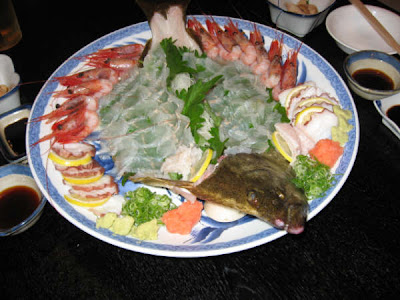 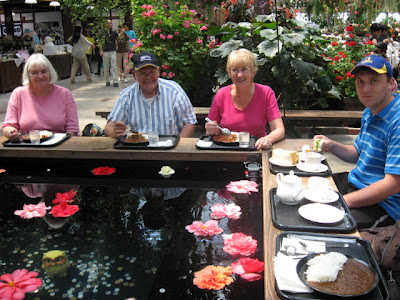 We were treated to a meal of Kobe beef in a shubba shubba restaurant - extremely expensive, and something we couldn't have afforded ourselves.

Well, I hope you've enjoyed my short tour of Japan. I have great memories. One of the best, apart from the wedding, was meeting yet another elderly gentleman who invited us inside and we found ourselves in the midst of a group of elderly ladies and gents who were making simple toys of paper and straws. We spent about an hour with them, some of us revisiting our childhood. Our new daughter-in-law interpreted and we had lots of fun and laughter. We did and saw lots more but too much to tell here.

Wishing everyone a wonderful week.

Diana
Oh, and yes we did meet and talk to young people as well :)
﻿
Posted by doodles n daydreams at 01:26 8 comments: