Well it may be spring but this morning we had a good ol' frost on the ground. This did mean it turned into a lovely sunny day with warm temps later though. 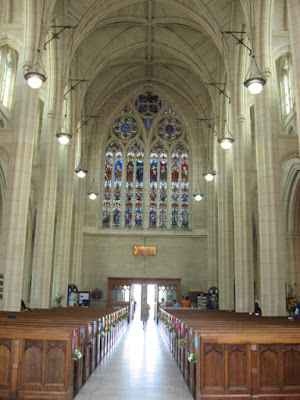 It also meant it was very cold in St Paul's Anglican Cathedral where we were celebrating 150 years since the Dunedin Diocese came into being.  I certainly wished I'd worn a warmer jacket while I sat through the service. But it was great to be there with other like minded people to celebrate. The choirs and music were fantastic and reminded me why I love the Anglican tradition. Although it was fairly traditional it was also reasonably relaxed. After the service doves were released from the cathedral steps, some of them seemed somewhat reluctant but eventually they all took wing and soared away, and that was followed by a tree planting to commemorate the event. 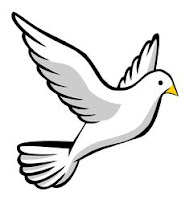 I met my GKB afterwards, he arrived in time to be photographed on the steps with the rest of us - almost front row centre as well -  which made me laugh as he is not a churchgoer. We were actually going to head off for a lunch date but also had movie tickets and because of the length of the service lunch didn't happen. Instead we took popcorn and hot drinks into the theatre. A naughty lunch really but it only happens occasionally. And if we can't be a bit naughty sometimes life would be very dull :)  We saw Downton Abbey which I thoroughly enjoyed and which my GKB said was okay. 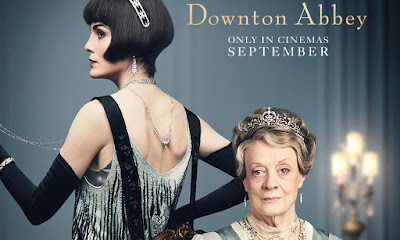 And that's it for just now.
I am heading north in a few days to visit with my granddaughter  (and baby Alice) so will see you all when I get back.
Until then,