Once upon a lunch time...

I had spent much of the morning busy typing up the minutes
for the Aglow group I am in when my GKB came in and said
"How do you fancy going up to the Blackstone for lunch?"
"Wonderful" I said, "I won't be a minute". 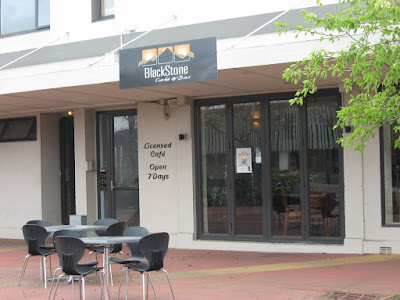 So we both got tided up and headed to The Blackstone
which is a nice wee cafe and bar in the middle of town.
It was quite busy but still had a couple of tables empty,
but unfortunately none by a window when we went in.
One came vacant before our order arrived so we shifted to it :) 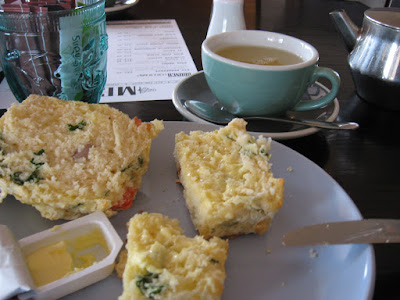 My GKB had decided before he left home that
he only wanted a savoury scone so that's what we both ordered.
Hot scones with butter and a pot of lemongrass and ginger tea
for me and cappuccino for him. Delicious.
Why is it so much nicer when you don't have to prepare it yourself? 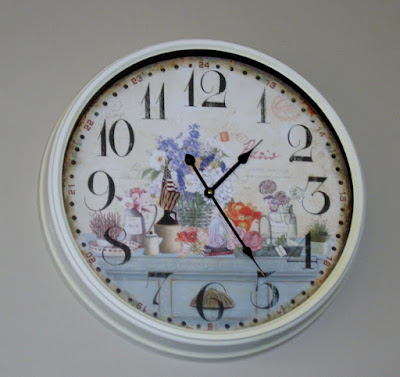 I saw this clock on the wall and rather coveted it, I'm afraid.
I thought it might be French style
but it has an American flag so I think not.
If you look closely you will see it is also a 24 hour clock. 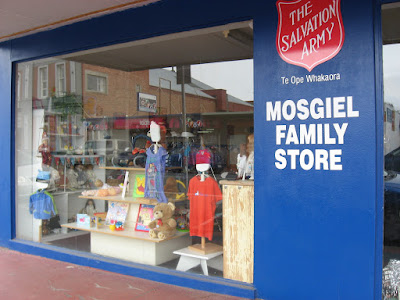 After lunch we took a stroll through town
and wandered into the Sallies op shop.
I like to poke around the china and glass to see what's there,
they have it so nicely displayed now,
and my GKB just likes to poke around
and see what he comes up with.
Today he found a dvd of the Four Tops for $1.00
and we've had that playing since we came home. 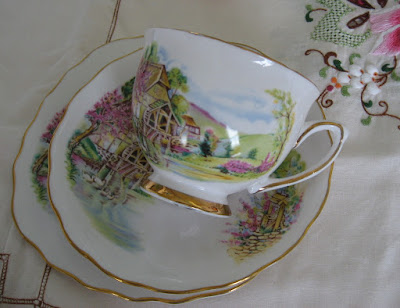 I was so pleased to find this Colclough trio and had to have it.
I have another one very similar but with an
English  pastoral scene. I'm wondering if they are
part of a series so will have to investigate.
They had a few more nice sets as well and I think I will be making a trip back in the not too distant future :)

And that's it for today.

joining in with Martha at:
Tea Cup Tuesday
and Stephanie at:
roses of inspiration

Keep well 'til next week,
Diana

Posted by doodles n daydreams at 17:05