Saturday was April 25th, Anzac Day.
The day New Zealanders and Australians around the world remember those
of our countrymen and women who have taken part in conflicts around the world since WW1.
This year our youngest grandson was taking part in a small parade
with his cub pack so of course we went out to watch him.
His big brother and a mate came to watch as well.

Being a boy with ants in his pants he couldn't just stand
on the footpath but had to find a better vantage point.
Good on him. 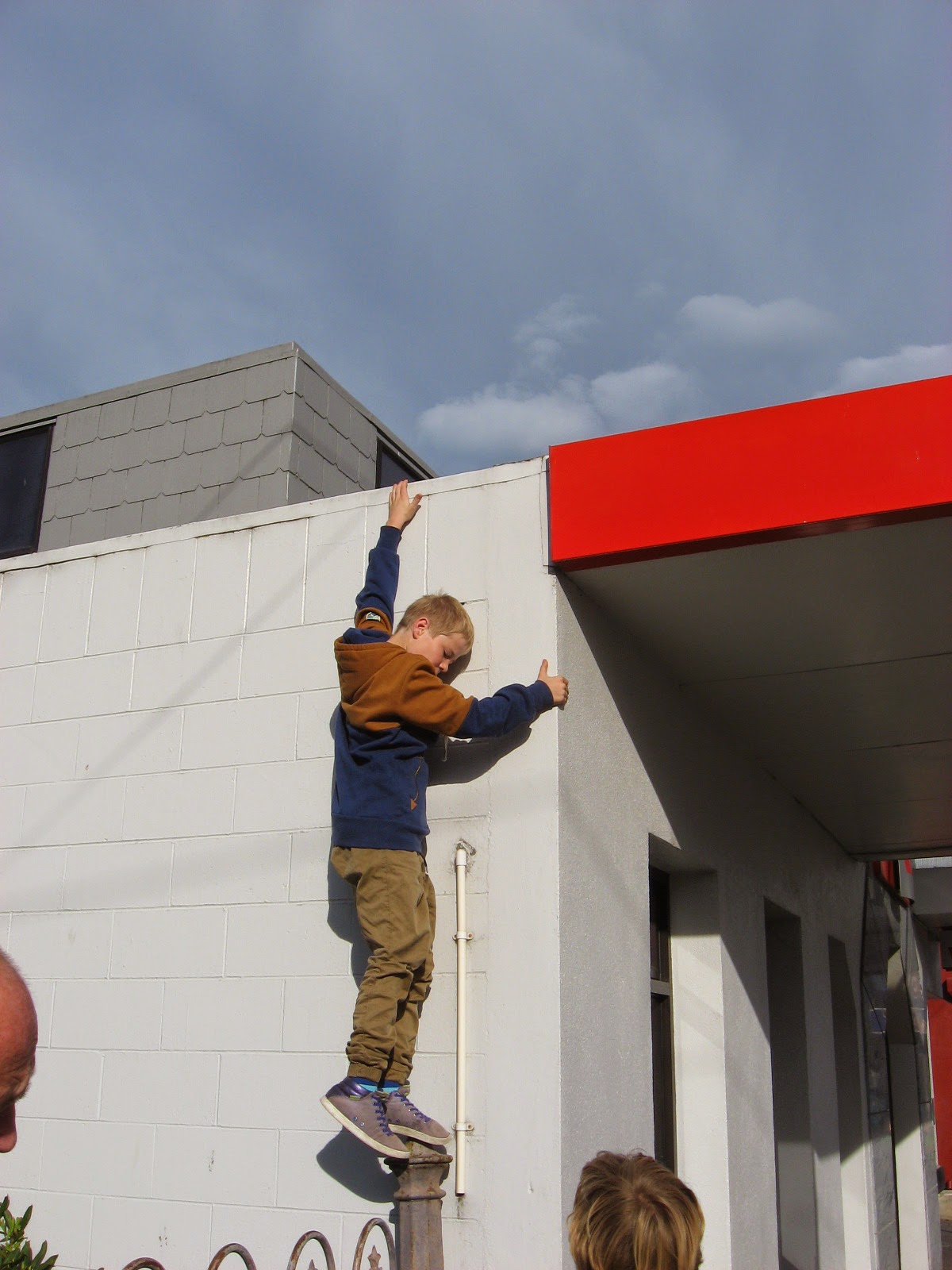 His father did stop him from getting up on the roof of the bank though,
we didn't want him being hauled off by the local bobby, haha.

Anyway we didn't have to wait too long before we heard the bagpipes
and the little parade came down the street led by the army cadets.

There weren't many people there watching
but we discovered later that the main parade was after the church service
when they marched down to the war memorial and laid wreaths. 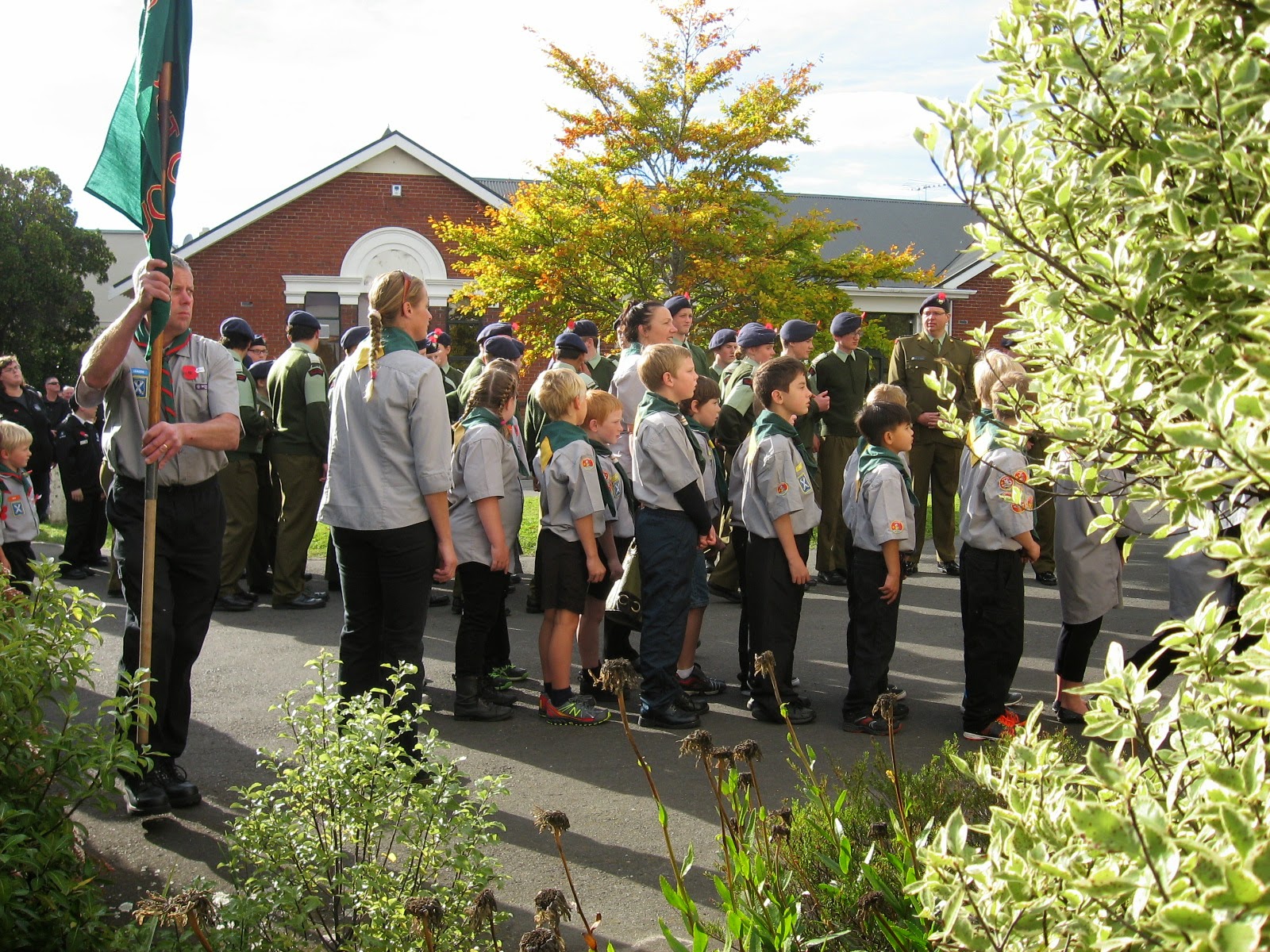 We didn't wait around for that but later went out to the cemetery
for the service there and see the cubs put poppies on the soldiers graves.

Looking for a place to put his final poppy.

It was a big day for some of the younger boys
because they had met at the Scout hall at 9:30am
paraded down the street twice, had a church parade,
bussed out to the cemetery and back again.
I went with his mother to pick Danny up just after 1pm. 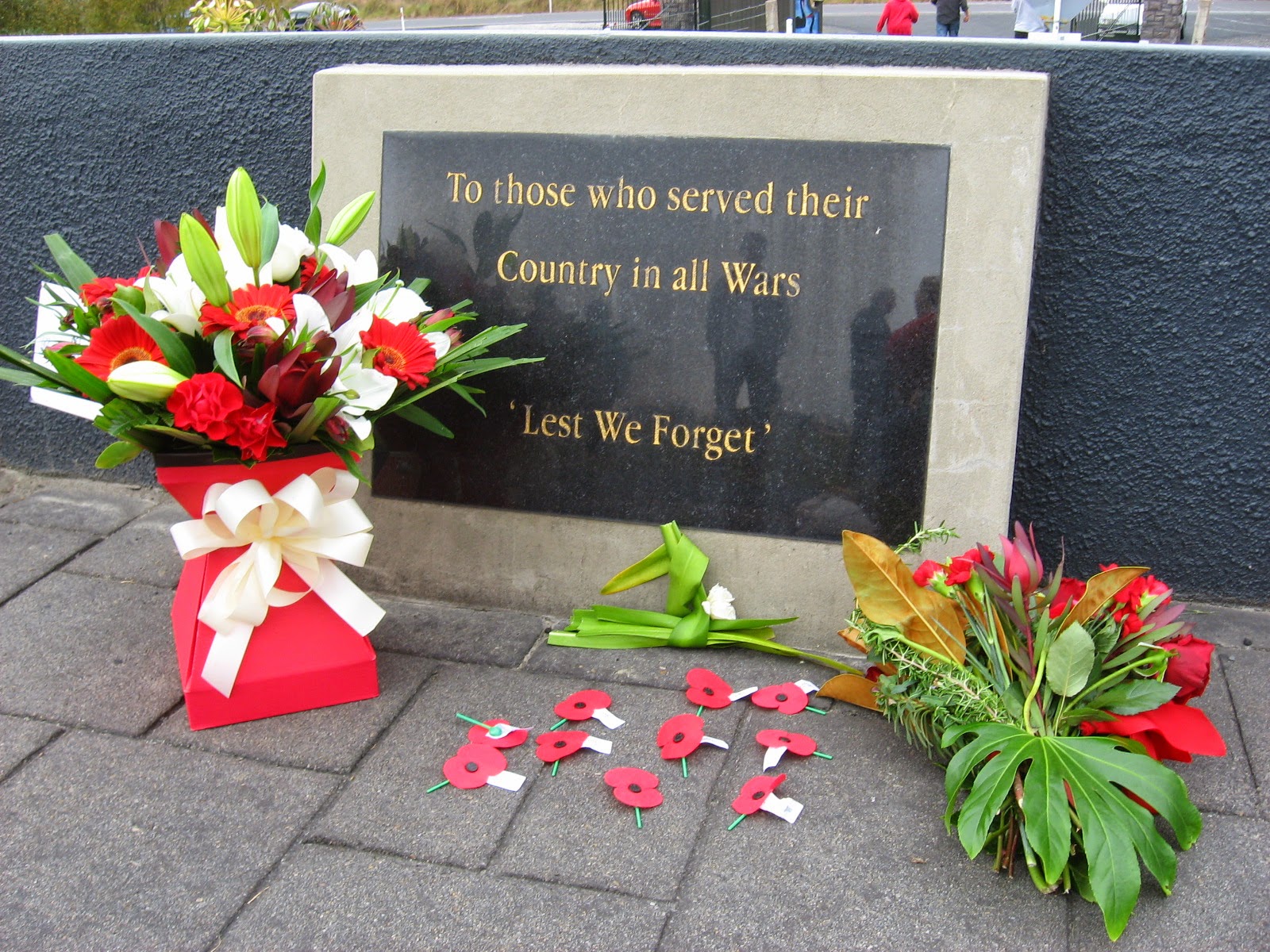 joining with:
roses of inspiration
Wake up Wednesday

I hope you're all having a good week,
it's wet and miserable here today,
so I'm inside doing 'inside stuff'.
Have a good week,
Diana
Posted by doodles n daydreams at 15:28