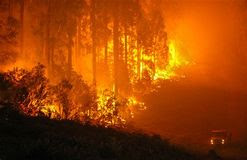 It's not a lot of fun for a lot of people at the moment. While a lot of us are enjoying the build up to the Christmas celebrations others are dealing with very real disasters. In my part of the world Australia is dealing with extremely large bush fires in NSW and Queensland and have been for several weeks. And it is only the start of their fire season. Fire fighters from New Zealand and Canada have been called in to assist with the fighting the fires. Smoke from the fires is actually evident on this side of the Tasman, particularly in the North Island. I have family in both states so keep an eye on what is happening. 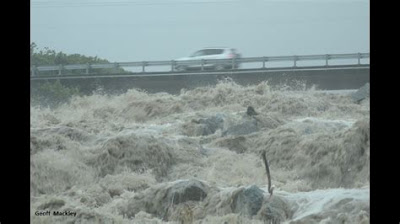 Then just 3 hours flight over the Tasman Sea here in New Zealand we are having a totally different sort of disaster with big storms and flooding. The lower half of the South Island has been cut off for several days with road and rail links taken out by flood water and major slips. Communities have been flooded and people evacuated from their homes, not to mention the tourists trapped between slips on the West Coast of the South Island. The only way out for them at the moment is by helicopter, if they are prepared to pay. They are in a remote part of the country and many are having to sleep in their cars due to a lack of accommodation.

And just now breaking news that there has been a volcanic eruption of Whakaari/White Island just off the East Coast of the Bay of Plenty in the North Island. Just under fifty people were on the island at the time and several have been critically injured with some unaccounted for. This is ongoing as I write and snippets keep coming in on the news. Personally I'm having a problem with why they were there if the island was threatening to erupt. It's a monitored site, for goodness sake, that's been blowing it's stack on and off for years. I'm feeling a bit angry about it so should finish with that subject I think. 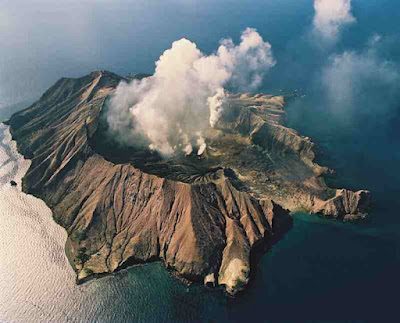 I hope all is well with you all. Please give an occasional
thought to those less well off over the holiday period.
I'm sorry if this has been a depressing post,
I didn't intend that when I started.

Until next time
Diana

Posted by doodles n daydreams at 17:55