Despite the sadness in the air, Christmas preparations still go ahead.
I wondered whether I should have taken my last post down but it was real and happening and just a tiny reflection of how I was feeling . The country is slowly coming to terms with the tragedy that occurred at Whakaari White Island and grieving alongside families of those lost. Such a sad, sad time.

**********
I have been slowly buying and wrapping Christmas presents and posting those to family who won't be here for the day. I've still a couple more to get - but nearly there. 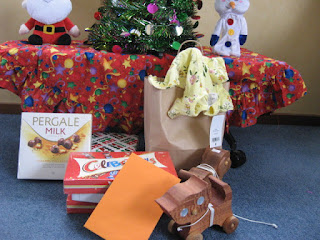 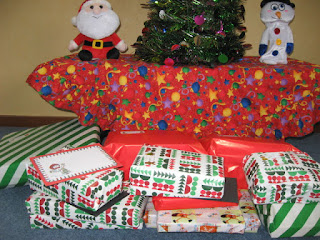 I have been to a 'production' of the gospel story put on by/for the littlies of Mainly Music and some of the older kiddies from church.
It was a fun time and followed by hot drinks, soft drink and Christmas fare to eat. 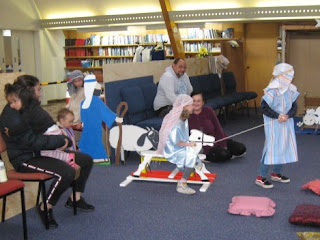 I've had a wander around some of the houses decorated with Christmas lights. Unfortunately my camera didn't do this yard justice. It looks so festive in reality and I wrote a Christmas card to thank them for the display and the added joy it brought to people at Christmas. 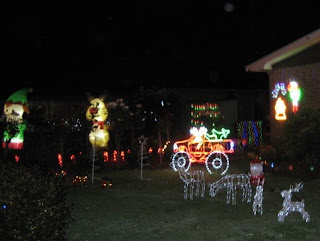 My GKB and I went down to the family fun evening in an alley behind the main shopping area. Merry-go-rounds and bouncy castles for the kids along with the candy floss, ice cream and chips. There were a lot of stalls selling a variety of crafts alongside the usual food stalls and the scouts fundraiser sausage sizzle. After some carol singing we had a sausage each but at $7 for a coffee we passed and had ours at home. It was a nice evening out despite the winter like temperatures :( 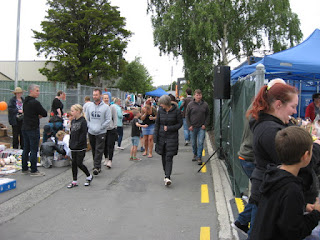 however you are spending it.

Posted by doodles n daydreams at 19:10