We had a bridal shower last weekend, at my eldest daughter's home, but before I share some photos with you
here is a little bit of whimsey :) 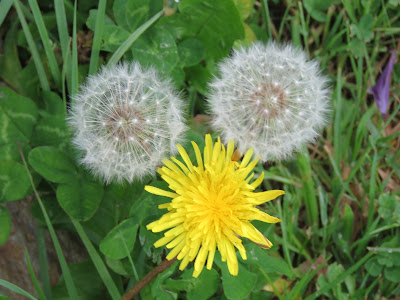 Can you see the face?

***********
Now to the shower.
My granddaughter Monica is going to be wed this weekend and so it was time to celebrate with just the girls. Pink was the colour theme and the instructions we had were that we should wear something pink :) but as you can see some people never got the message, oh well. 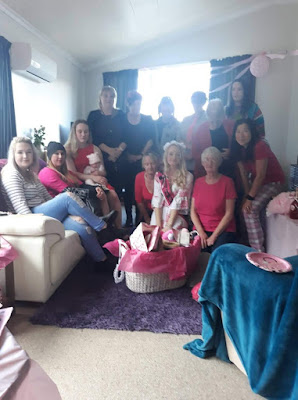 We were greeted at the door by the beautiful bride to be in her pink and white outfit. She and I both love pink. Somehow we ended up with nearly all the food being pink or white as well which meant quite a lot of it was very sweet:) 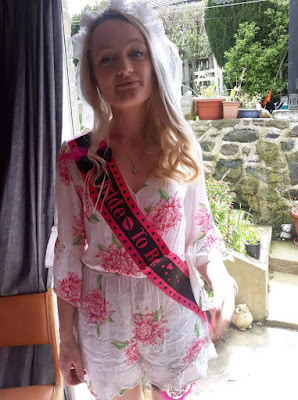 Once everyone had chatted for a while it was time to play silly games and have some fun. There was a mix of people, workmates, friends and family and the games were a great way to break the ice. Daughter in law was in charge. 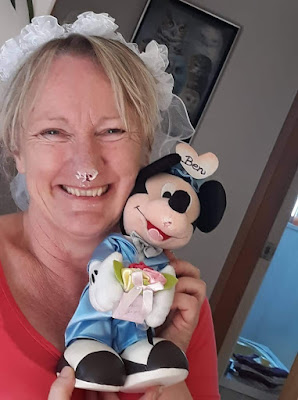 Daughter with cake on her face after one of the games - don't ask - but it was fun and I think I won a prize in this one - always a bonus. 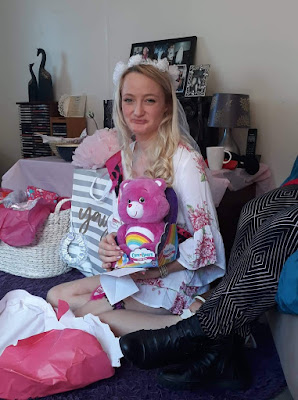 Time to open the parcels and I'm not sure why the face pulling but maybe she thought a pink teddy bear was a bit strange at a bridal shower :) She did get some lovely gifts though. Anyway, we all had a fun afternoon and as long as Monica enjoyed it that is all that matters in the end.


Middle sis arrives from Aussie late tonight and another grand daughter flew in yesterday. Monica's big brother is bringing the cake down from Christchurch on Friday, he's made and iced it, so none of us have any idea what it's like - well maybe Monica does :) So we're really looking forward to a wonderful celebration with everyone at the weekend.
I'll see you again once it's all over.

Diana
joining in with Debby over at
Friday foto friends

Posted by doodles n daydreams at 23:43