My little mother had a hospital appointment yesterday morning.
My little sis, the middle one, was flying in from
Aussie yesterday morning. Luckily my two daughters
offered to go and pick up their aunty from the airport, so
I was able to go into the hospital with Mum.
We all arrived back at her home within five minutes
of each other. Great timing :) 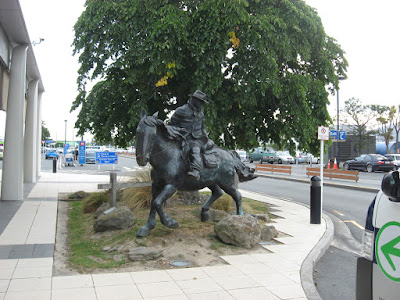 We had a quick cuppa and I went home for lunch.
Both daughters sat and chatted for a while.
A little later I had a phone call from sis, could I take
her back out to the airport to pick up her rental car,
about tea time. Not a problem. She thought it might have been cheaper to pick one up in town but not so. You live and learn! 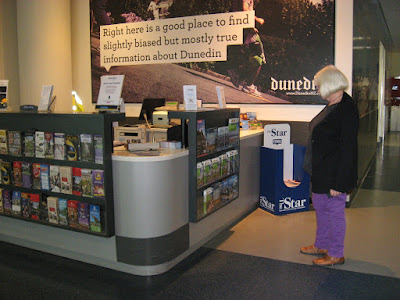 Finally we found the right rental desk, in a completely
different building to all the other rental companies. Who knew?
Unattended! If desk is unattended Ring Bell ONCE ONLY!
So we did, we were too scared to do otherwise, the notice had already told us off, or so it felt. But I have to admit it was also tempting to ring the bell twice just to see what would happen. Anyway it wasn't long before she had her car
and she and our little mother drove away home. 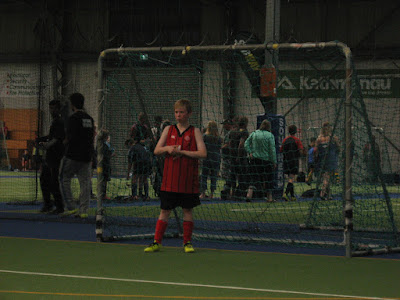 Tonight we all went into the Edgar Centre in the city
to watch my grandson, Jack, play futsal. This is him
in goal, later in the game he was out with the other players.
He was terribly embarrassed that his great aunty
and grandmother were taking photos. 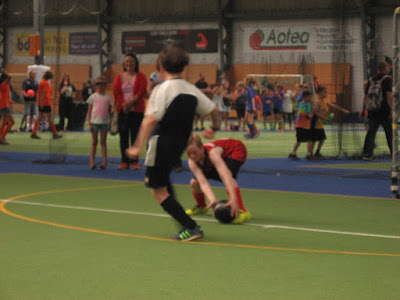 Making a save :) They lost the game 3 - 2 but it was
only the first one of the season and that wasn't a bad score.

I was really quite surprised at all the sports that were there practising. The photo below was taken as we were leaving;
tennis courts nearest us, then marching teams with the futsal competition happening beyond them. Behind us the cricket
nets were getting a workout as well - batting practise. 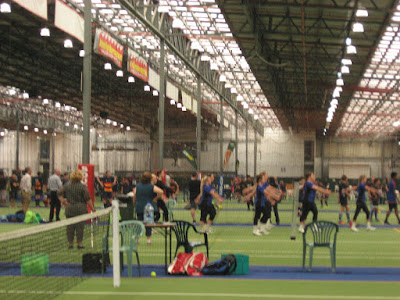 Tomorrow we will spend the morning out with
our niece and her little family as they holiday around
the South Island before heading back home to Australia.

sharing this week with Stephanie over at:
roses of inspiration

Have a good week.
Until next time,
Diana
Posted by doodles n daydreams at 20:42