The day after we went to the futsal at the beginning of the week... 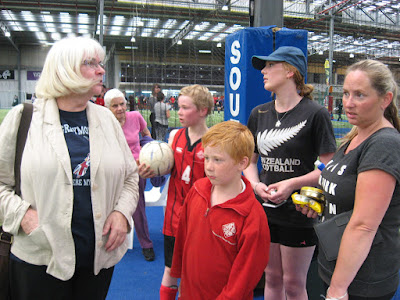 ...we met my niece and her husband for
coffee at Wal's Plant and Fun Land.
They were in town for two nights, visiting from Australia. 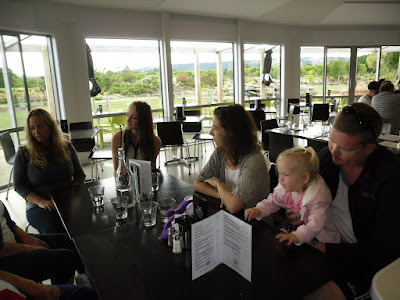 And we  all (apart from Sis) met Ahyla for the first time. 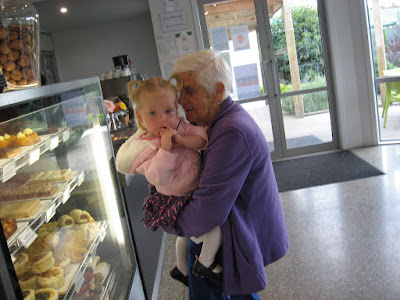 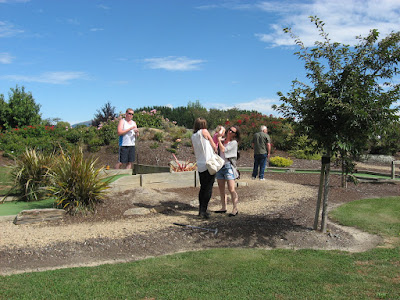 Afterwards some of us played mini golf
and some of us kept Little Mother company
guarding the bags, phones, cardies etc.
It had started out cool and cloudy but by
the time we finished early afternoon it was really hot
and so everyone came round to my place for refreshments.
I live just around the corner - handy. A very pleasant day. 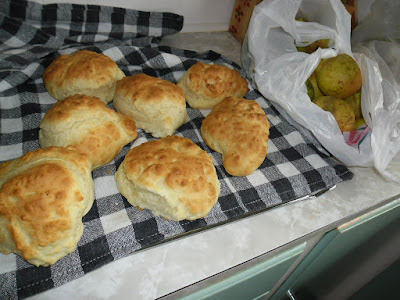 A couple of days later and we are awaiting Sis
and Little Mother's arrival for lunch.
My GKB has made a batch of scones
so we'll have them with a good hot cup of tea or coffee.
And that's a bag of windfall pears next to them waiting
for me to peel and stew along with a bag of apples.
************
Some of you have asked about Futsal. Futsal is a modified version of football (soccer). The kids play it indoors, five a side and 12 minutes each way. It's a good way for them to keep up their footy skills in the off season.

sharing today with Amy at:
Five on Friday
and also with Stephanie over at:
roses of inspiration

That's it for today.
Have a good week,
Diana
Posted by doodles n daydreams at 14:16