Blob in a bottle

It's a bit nippy outside at the moment.
Just on freezing point so good soup weather.
Usually I make homemade vegetable soup
from whatever veges I have on hand and a bought base.
But sometimes we have it out of a packet
especially if it is at lunch time. 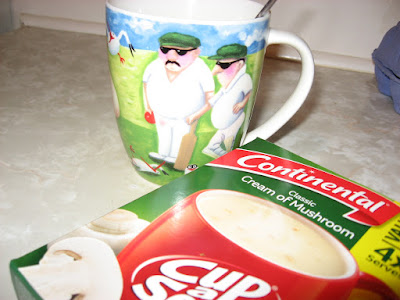 And depending on what's at hand
we have toast or cheese rolls or scones to go with it.
These scones were made by my GKB and they were delicious.
This was my lunch today, yum. 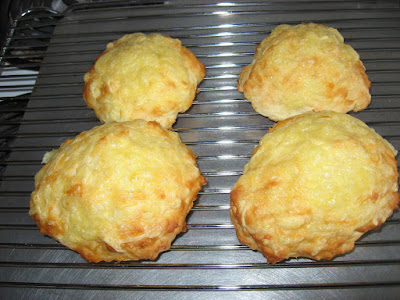 As I was cooking tea tonight I had a text from youngest daughter.
"The boards are on display between 5:30 and 6:30 tonight".
The 'boards' referred to the science fair competition at our grandsons school
and I had a grandson with a board on show.
So of course I had to go to have a look.
Tea was quickly cooked, eaten and cleared up
and I was on the road just after 5:30pm
leaving my GKB to get ready for his night out at darts.
I can't believe how dark it was, so early,
but of course we have just passed the shortest day and
so it was to be expected really. It's a long time since I've driven at night,
not since I finished work when I drove home in the dark regularly. 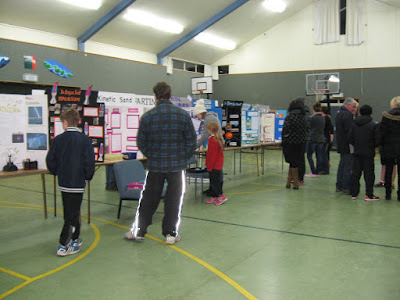 I pulled up outside the school at the same time as daughter and the kids.
We were quite early but one or two people were there ahead of us.
More arrived as the hour passed.
It was all set up in the hall  and there were
some quite impressive experiments on display. 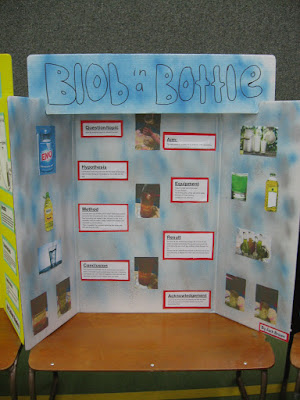 Some of the kids had interactive displays but most were
boards like Jack's with photo's and explanations of what they had done.
Very impressive for years 7 & 8 I thought.
Jack's experiment didn't go through for the big inter-school
competition but I thought he did very well and am a proud Granma.

Keep well until next week,
Diana

Posted by doodles n daydreams at 14:51