Life has been very quiet of late and there I was last night
lying in bed thinking that as soon as I get to the end
of this chapter I'd turn the light off.
Then in the distance I heard a rumble then a bang and an earthquake hit.
By the time I slammed my book shut and commented  that
'this is an earthquake' and my GKB replied
'I think you're right " it was all over.
No time to leap (it's amazing how fast you can move when you have to) out of bed
and go into earthquake mode because it was all over in about 10 seconds.
So we lay there for a few minutes waiting to see if  there were going to be any more.
There weren't, but eldest daughter rang to check in and have a chat.
She was home alone with 2 teenagers and just wanted a bit of reassurance.
It was centred only about 10 miles away as the crow flies and quite shallow
so it was quite a jolt and gave a lot of people a fright.
Youngest daughter's youngsters slept through it
but the teenager was on the phone to her boyfriend at the time.
She hung with her mother and father for a wee while after that. 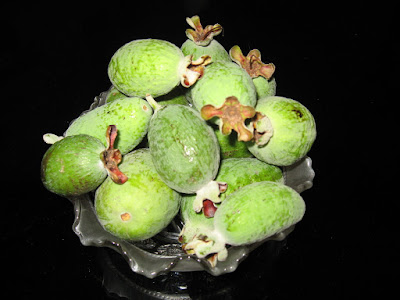 What have feijoas got to do with an earthquake you may ask.
Not a lot but the tree next door that hangs over our fence
is absolutely laden this year and so when I went out this morning
there were quite a few windfalls lying about.
But I rather think they were 'quake falls this time.
Never mind, I still harvested them and have a nice little bowl full. 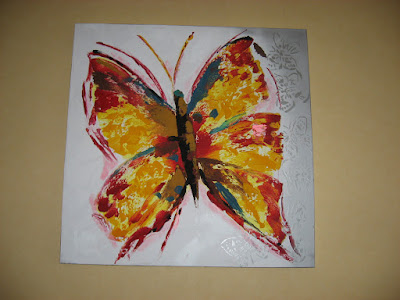 Now for something completely different.
I just bought this painting of the butterfly about a week ago.
I had been eyeing up another painting for several weeks which was much more
abstract but had all the same bright colours.
They go well in our lounge.
But when I showed my first pick to my GKB he wasn't terribly impressed.
He pointed out a butterfly painting that he quite liked
but it wasn't anything like what I was wanting.
Then a couple of weeks later we came across this colourful butterfly,
the colours I wanted with the not quite so abstract picture he wanted.
A nice compromise.
And ... it was a fraction of the price of the original one. 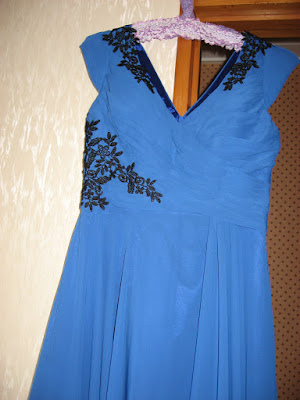 And talking about butterflies, youngest grand daughter
is going to her school formal in a couple of weeks.
Her mother arrived over today with her dress which is now hanging in a wardrobe here.
They have 4 cats at the moment and she didn't want to take the risk of them
(2 are kittens) using the dress for climbing practise.
It's rather lovely on her and later I hope I can show
you a photo of her all dollied up ready to go out with her beau. 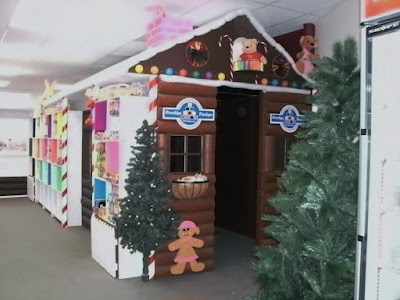 And this is just another random picture I took
in an ice cream shop while we were up at the caravan a while ago.
The walls on the left of the house are all lined
with small cubby holes filled with jars of lollies.
It's quite a delightful little gingerbread house.

joining in with:
roses of inspiration

Keep well 'til next week
Diana

Posted by doodles n daydreams at 20:36