Jimmy and Santa - a story for kids 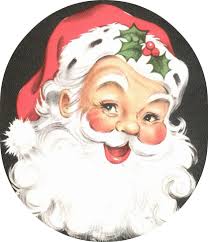 Jimmy wasn't very happy. He'd been off school for a couple of days with a bit of a bug and today he still wasn't quite right so Mum said he could stay home one more day. Mum was going into town to finish the Christmas shopping and said he could go too. He didn't mind doing  that, he might be allowed to go and see Santa at the mall. The trouble was it was all girls going - his Aunty Jay, Gran, his big sister Beth and his even bigger cousin Rose. Not much fun with that lot, he thought. But he trudged along with them anyway, looking in girly sort of shops that didn't interest him at all. But then Rose said to him, "Look what I've found Jimmy." There was a toy shop next door to where Mum and the others were, so in they went. Jimmy found lots of cool stuff he'd really like Santa to bring and couldn't wait until he could tell him all about it. Outside the toy shop he saw a big poster telling him to follow the reindeer tracks and they would take him down to Santa's cave 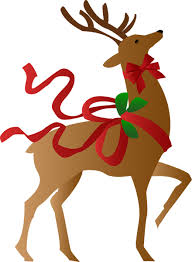 "Let's go and see if Santa is here," he said to Gran. So they all followed the reindeer tracks, over to the escalator and down two more floors to the basement. They followed the tracks right down to the other end of the basement and there in front of them was Santa's cave - in total darkness. Santa had gone out for lunch. Jimmy was so disappointed it was all he could do not to cry. He had been so looking forward to seeing Santa all day, the only reason he was putting up with all these girls, and he wasn't there. "Never mind," said Aunty Jay "lets go and get pizza for lunch, maybe he'll come back before we leave." 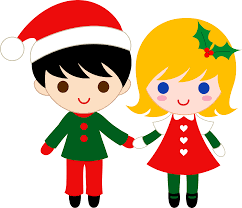 After lunch Jimmy wasn't feeling too good. He was too tired to go to any more shops, he just wanted to sit down somewhere and wait for everyone to finish shopping. He and Gran found a seat not too far away from the escalators and sat down to wait. "Look Jimmy, who's that?" said Gran. "I don't know and I don't care," said Jimmy. "No, look Jimmy, up on the escalator, up there," said Gran excitedly, pointing. Reluctantly Jimmy looked up and who do you think he saw? Santa! Santa was on the escalator, with all the other people. He was dressed all in red with shiny black boots and a white satin sack tied with a gold rope was thrown over his shoulder. He had a little gold tinkly bell in his hand and every now and then he shook it. Jimmy couldn't believe his eyes, Santa must have been looking around the shops, otherwise why would he have his sack with him. And he was coming down the escalator, all the food places were downstairs, so he hadn't been having his lunch. As he walked past Jimmy, Santa gave him a big smile and a wink - and made Jimmy's day. He couldn't wait for the others to come back so he could tell them all about it. It was even better than going into the cave to see him, although he got to do that before they went home as well. 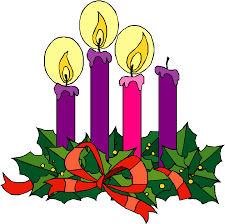 All names have been changed in this
story to protect the identity of teenagers
who are easily embarrassed.  ;)


Linking with Natasha at her:
Say G'day party
Posted by doodles n daydreams at 23:37