My brother has been over from Aussie and is away again. Middle sister arrived the following day so it has been a bit of a busy time. This morning we, sis, youngest daughter and I, went in to the Dunedin Botanic Gardens to view the Corpse Plant as it is commonly called. It's botanical name is Amorphophallus titanum. We weren't sure that we would see it before it collapsed as it has already been open for two days but we were in luck. It was closing when we saw it and was past it's best and the stink had dissipated somewhat. I'm not sure whether that's a good thing or not as I would have liked to experience the whole shebang, stinking or not. Another time maybe. 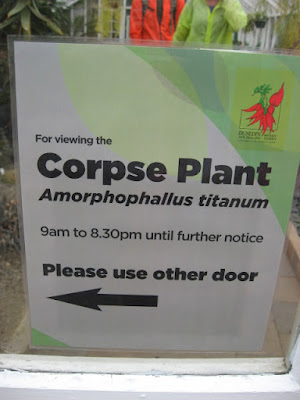 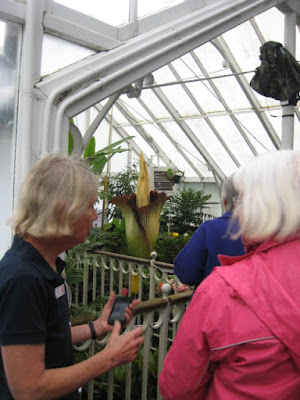 Sis (in pink) talking to an attendant. 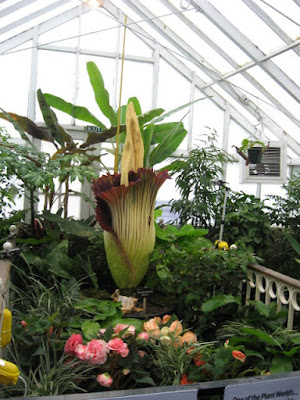 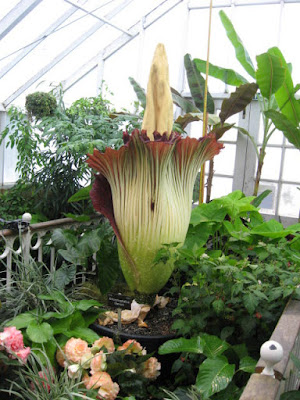 We have also been to a Chinese opera
but I'll tell you about that another time.

Until next time,
Diana
Posted by doodles n daydreams at 16:17