Time for a round up

Well, what has been happening in the last few weeks? Not a lot really (apart from Christmas of course) and I have to admit I am enjoying just relaxing before the year gets back into full swing.
############
Christmas Day found us over at number one son's home with all the family. The only one missing was eldest grand daughter who was on holiday with her fiancee ... but we'll let them off this year :)
After we had eaten the main course we exchanged the presents. 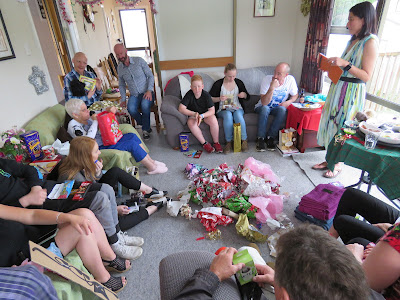 This is always a fun time and usually the youngest child gives
them out. This year though he thought he was far too old for
that, being the grand old age of 11, so number one son did the honours. 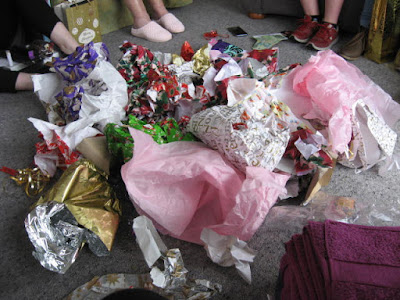 After this we had our desserts - the mains had had plenty of time to settle. Below are DIL and eldest grandson rolling the ice cream.
They are the family foodies :)


DIL had been worried there wouldn't be enough food, she had never done what I suppose is a 'pot luck' Christmas dinner before but this is our normal. All in all we had a lovely Christmas with everyone. And there was more than enough food!
############
New Year's eve was spent at home and we were in bed before midnight but listening to the countdown on the radio. 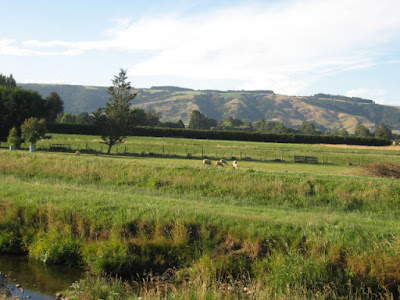 I have started going out for walks again, and no this is not a New Year's resolution. I was relaxing in the bath one evening between Christmas and New Year and thought to myself that I would start going out walking 'next week sometime'. But I decided to start straight away, the excess weight convinced me :(  So I am pleased to say I have been out walking every evening since and so far am enjoying it. 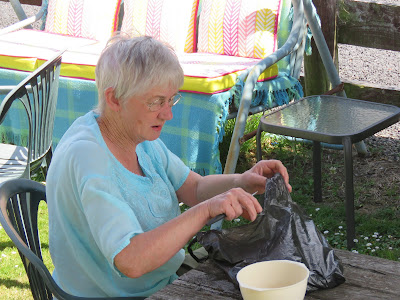 Eldest daughter gave us some freshly picked peas and
broad beans a couple of days ago so I spent a very pleasant hour sitting under the sun umbrella in the back yard yesterday
morning shelling and podding them before the day got too hot.
And yes, there are enough left for the pot :) 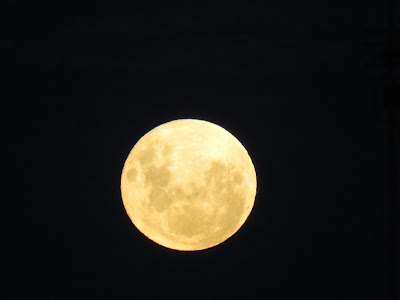 And of course we had a super moon a night or two back and it was quite spectacular. Not long after my GKB took this the sky clouded over, which often seems to happen with these super moons in our neck of the woods. This is the best one we have seen.

Anyway, that's my round up for now,
I'll see you all again next time.
Diana