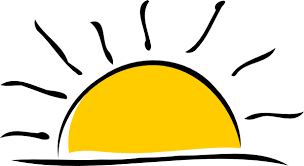 Here it is, Thursday morning again. Already.
And I've missed the recycling truck - again.
So the newspapers stack up in the wash house for another week
and the bin in the garage starts to overflow - again.
At least the wheely bin has gone out in time.
I'm sure it was Thursday only yesterday
but I know a lot has happened since then.

* I've attended a school assembly.
* Watched the Saturday netball.
* Had lunch with one friend and coffee with another.
* Been to a couple or three meetings.
* Taken the kids to Sunday School and Youth Group.
* I went to work at least three times.
* Did some shopping.
* Talked to overseas family via the net.
* Watched some television.
* Did some housework, the washing and vacuuming.
* I think I even cooked one or two meals, maybe more.
* Had a houseful of whanau (family).
* Read a couple of chapters of a book.

But here it is, Thursday again. Already.
And I've missed the recycling truck - again.
And I'm sure it was Thursday only yesterday...

Posted by doodles n daydreams at 18:51