We had another dump of snow over the weekend.
Now don't laugh at me you people who live where snow
is a feature every winter.
We don't get a decent dump very often but this winter
I've lost count of how many snowfalls we have had.
Five or six I think.
At the weekend it was below 200 metres,
which meant that it settled here.
Little mother decided she wouldn't go to church,
she didn't want to risk falling. Very wise. 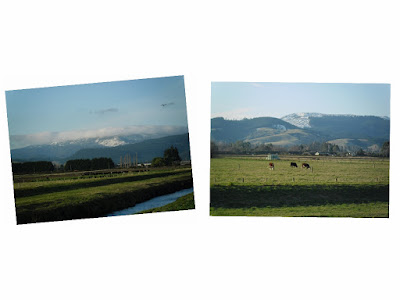 Out town is in a rural area although it is now classed as a city suburb and we are on a plain surrounded by hills and mountains.
Which still have quite a bit of snow on them.
The higher hill suburbs are still covered as well and I'm pretty sure
the kids have had a day or two off school this week. 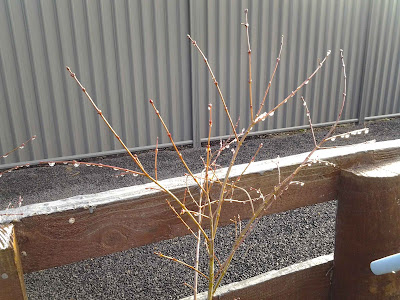 Earlier in the week when we went outside,
the snow had gone from around about but it was still cold.
We'd had minus 7 C. overnight and a good, hard frost on top of it.
The picture above is of frozen raindrops on a small tree next to the fence. 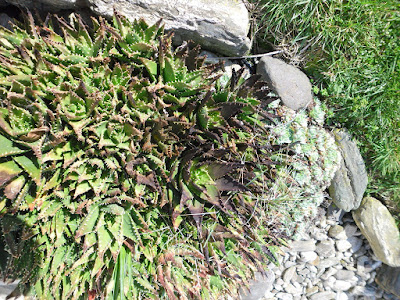 Today I noticed the aloe vera was turning black,
I rather suspect it had frozen solid with the frost
and cold and died when it thawed.
I'll have to get in and cut that out, but not for a day or two,
it's too cold for me to do any gardening yet. 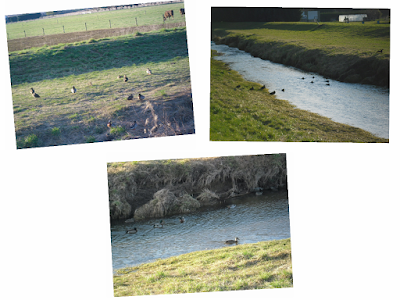 I thought I'd go for a walk along the flood bank today.
Let me tell you it was very a short walk.
The wind was very cutting.
I stayed there long enough to get a couple of pictures of the ducks,
who didn't appreciate me coming along and disturbing them.
They went down the bank, into the water and up the other side.
Oh well.
Then it was back home for a hot cuppa,
which is one of the pleasures of the colder weather... 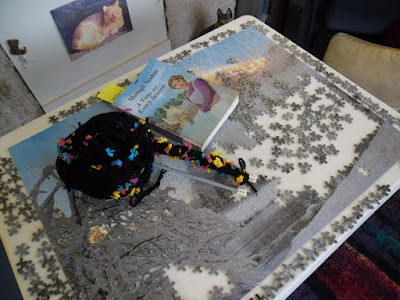 ...along with not having to make excuses for reading,
watching telly, doing jigsaws, taking up knitting again
and just generally slothing about.
And it's a good time to eat all that comfort food
you go without in the warmer weather! 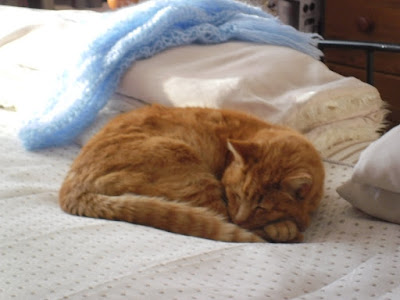 I think I told you that our Claude has only recently
discovered chairs, couches and beds.
During this cooler weather our outside cat
has been found occasionally on the end of our bed,
particularly if I won't move and let him sit in my chair.
I know, I'm mean.

But despite the cold, most days I still manage to say

Joining in with:
roses of inspiration

Have a lovely week,
keep well until next time,
Diana
Posted by doodles n daydreams at 18:34