The neighbours are chopping stuff down.

There is a beautiful macracarpa hedge growing
between our property and the one next door.
Well there was up until about a week ago.
Over the years the neighbourhood kids have had a lot of fun in there.
Both boys and girls.
They had huts and hideouts and tracks through the branches,
and not necessarily at ground level either. 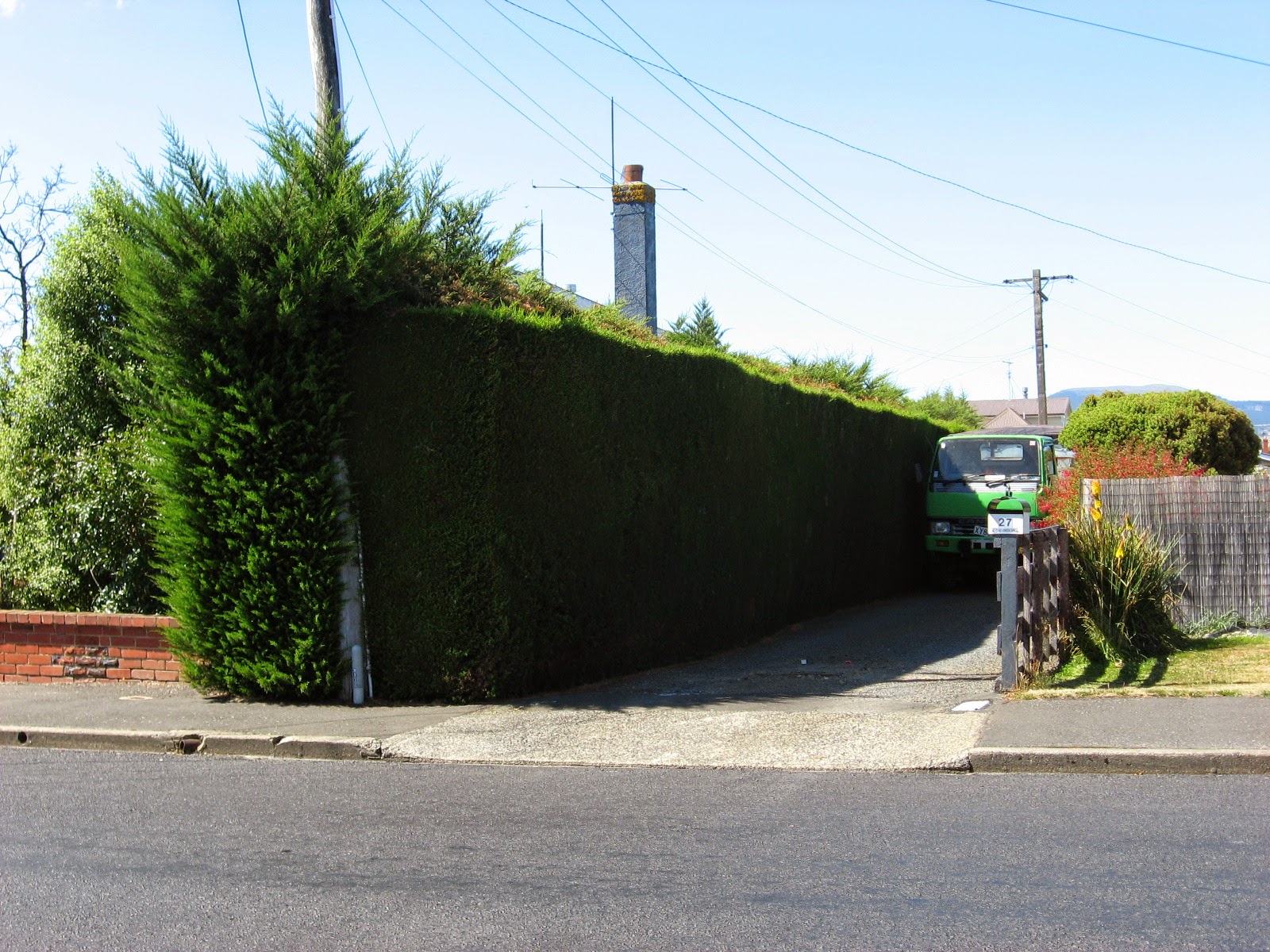 But as you can see there is a truck up the drive.
Behind the truck is a very nice young man with a chain saw and a mulcher.
He took down about 30 foot of the hedge in the middle.
Right opposite our bedroom window and in front of one of the neighbours'.
I just hope they're going to put up a very high fence to replace it!
Although it does reflect a lot of light back to our place - oh well you can't have it all ways/ 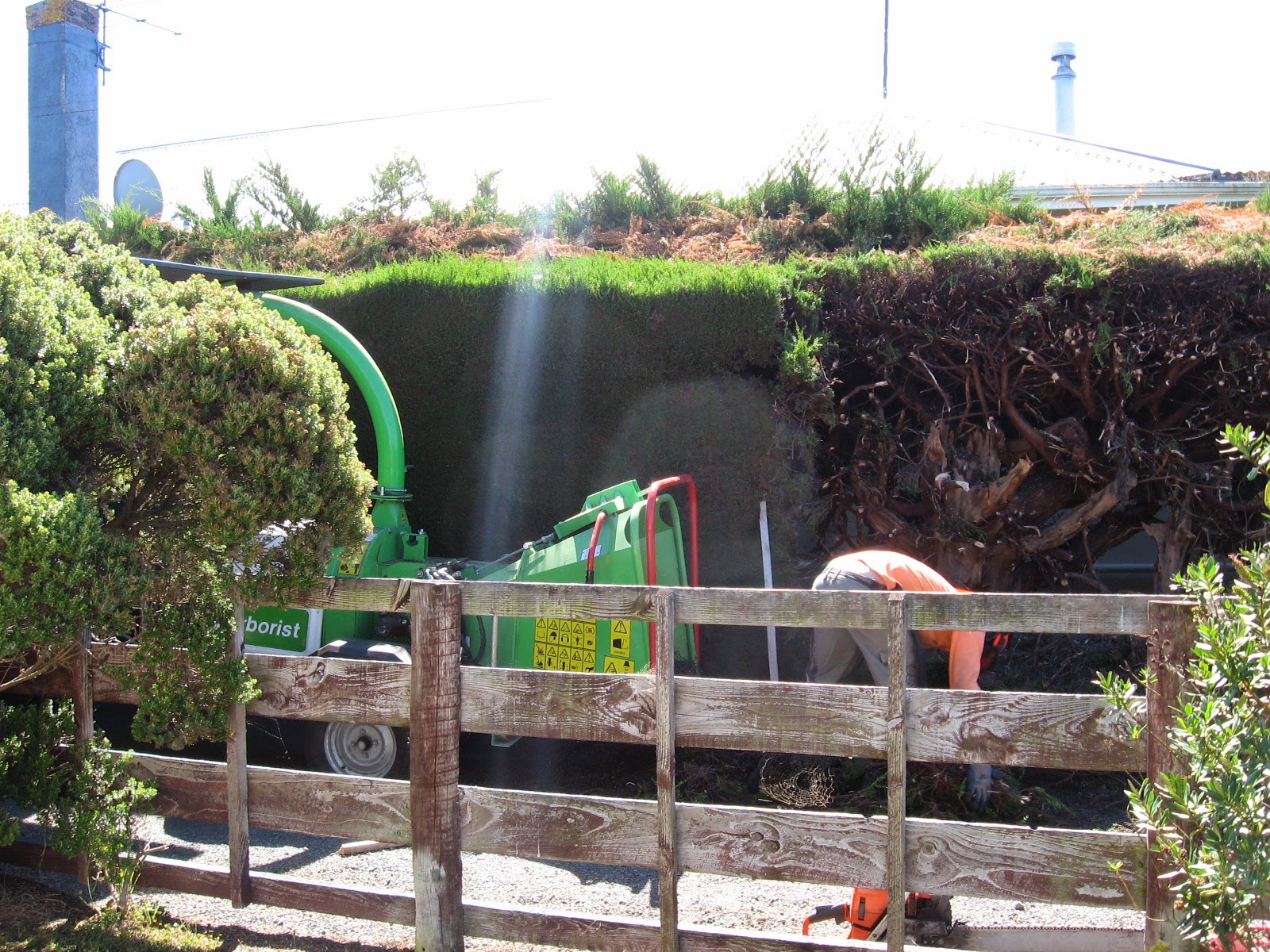 When he feeds the mulcher a lot of very fine sawdust
comes over our fence and leaves a fine film over everything.
Easy to clean off, just a nuisance really. 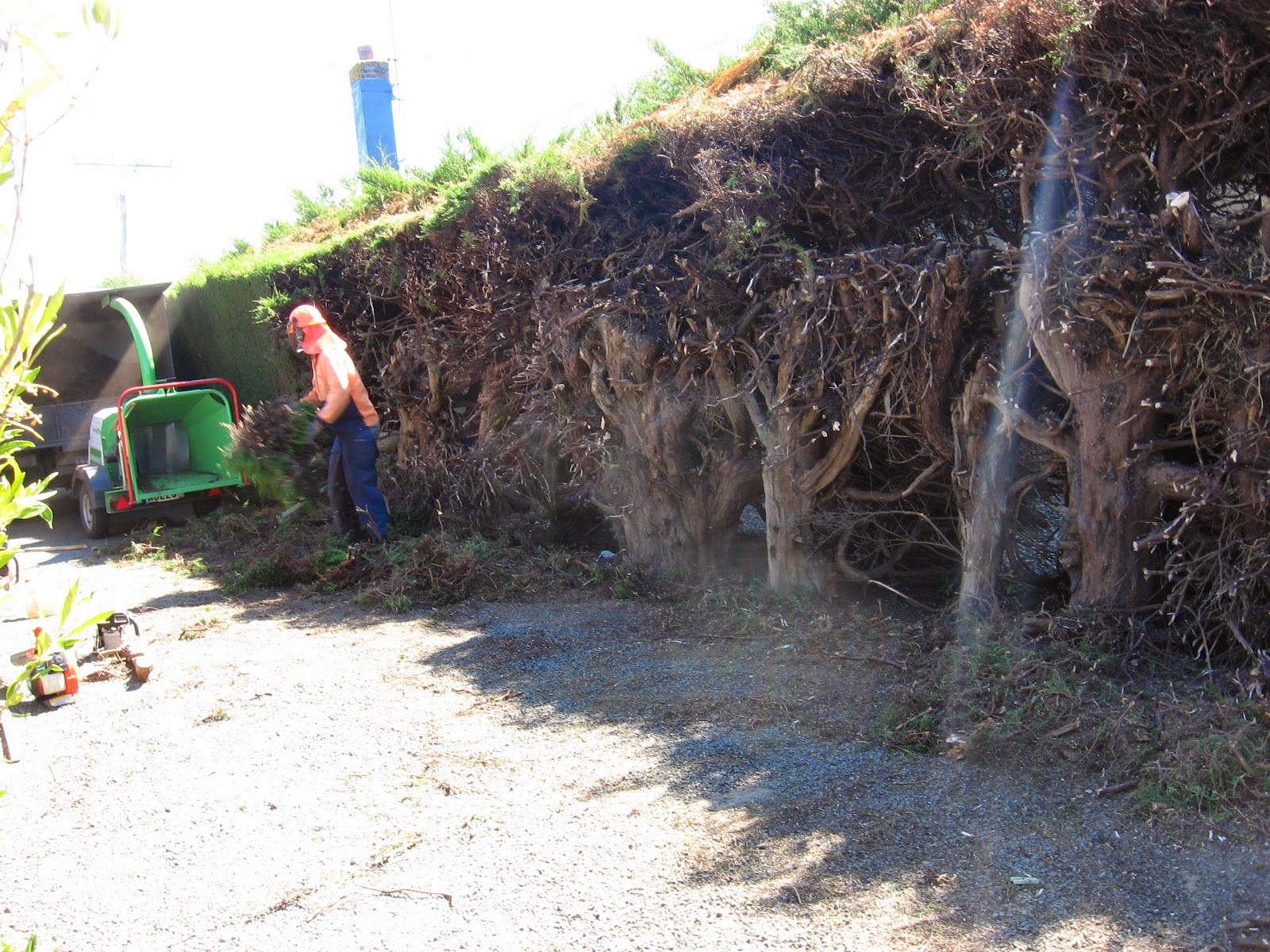 At one point I looked out the window and
one of these wee fellows was wandering around
in the middle of the road looking quite bewildered,
in fact he was walking in circles. 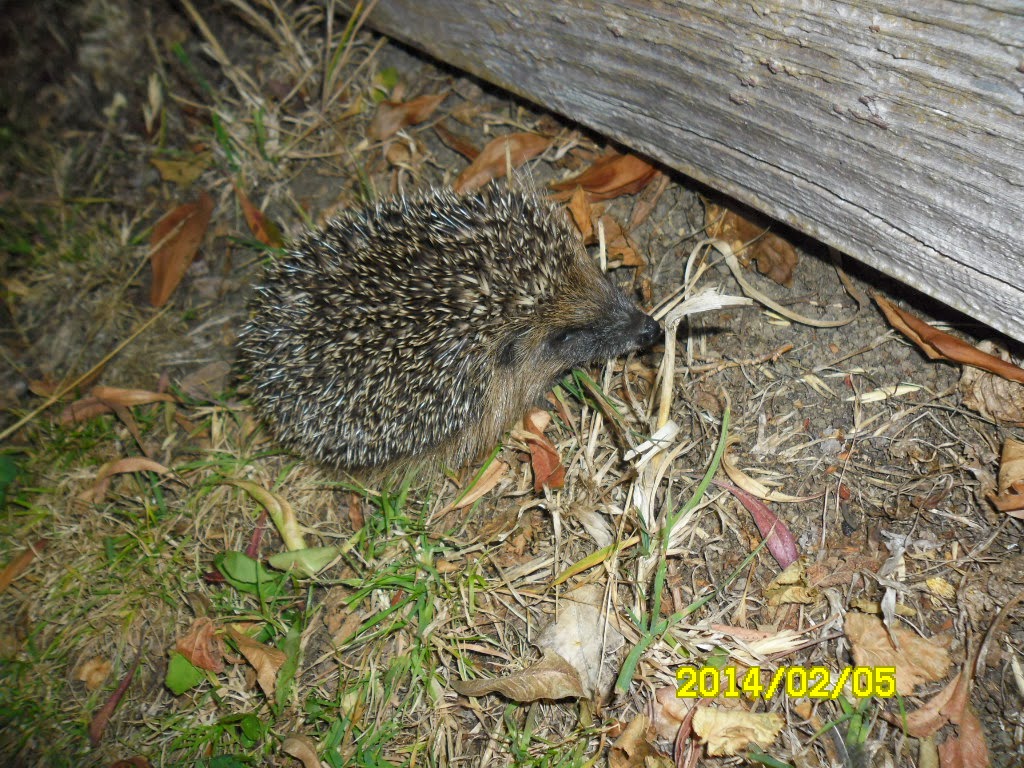 I rescued him and put him under some bushes well away from the hedge,
and the road, and thought that all was well.
But no, a couple of minutes later he was heading out again
but this time stopped for a drink out of a puddle
and then headed back to the bushes. Phew.

Both our daughters  went over looking
to see if there were any of their old toys there.
there weren't, but youngest found an old Sprite can
she took home to her collector husband.

Work seems to have come to a standstill now though
and this is what things looks like at the moment. 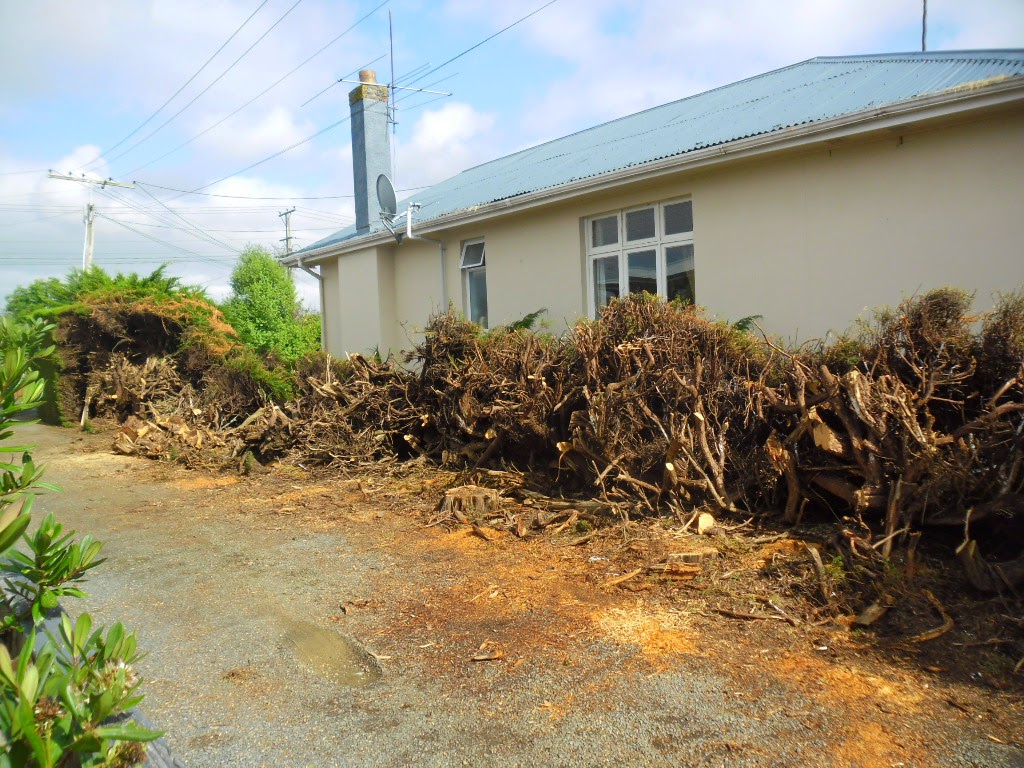 Well that's it for today,
keep well, keep warm if you're in the snow
and enjoy your day.

Orange you glad it's Friday

Posted by doodles n daydreams at 12:38