Heading to the caravan

Well, we are back from our break up at the caravan.
The sun shone.
It was extremely hot, for us.
The wind didn't blow.
We ate salads every night for tea and drank lots of cold drinks.
We ate ice cream every day.
No-one caught any fish, but it didn't matter.
I have a bit of a suntan, and it isn't peeling. Wow!
We had a lovely relaxing few days away. 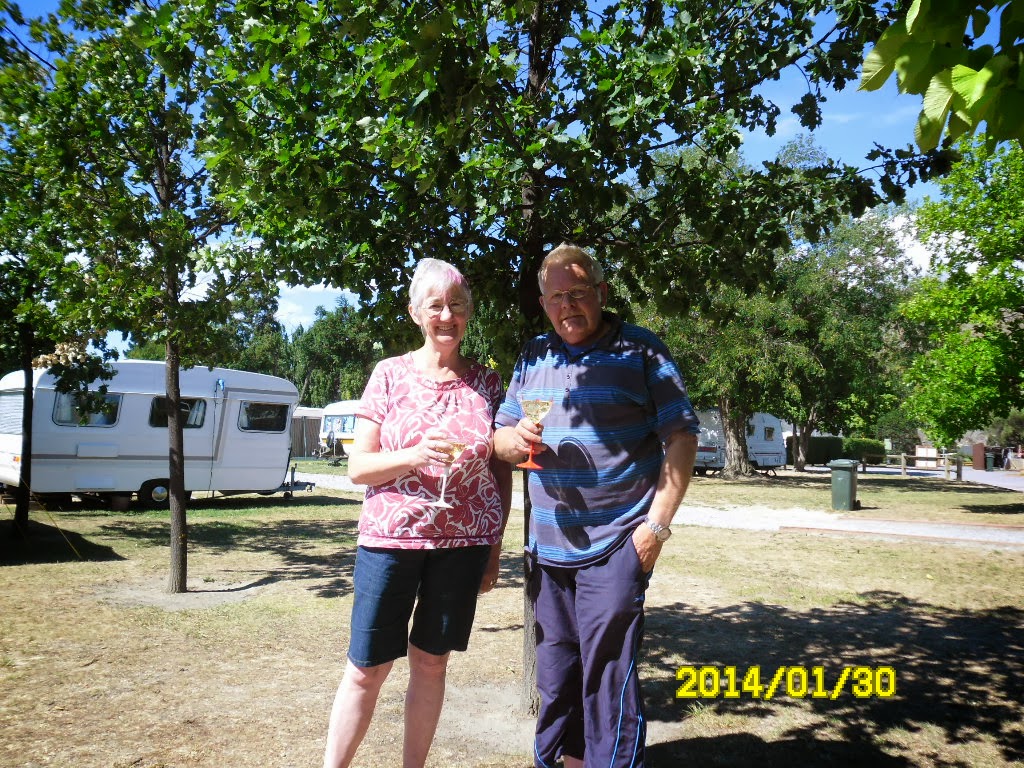 ***************
The road to the caravan takes us more or less
the same route as the goldminers and pioneers of old took.
Our first stop is at a little place called Lawrence, not  far from where Gabriel Read first discovered gold and started one of the biggest gold rushes in the southern hemisphere in the early 1860's.
It lured men from all over the Australian and Californian goldfields.

Helen Munro first discovered gold at 'Munro's Gully' and Edward Peters was credited with indicating where gold might be found
but never found enough to become rich himself.
Unfortunately the town is now just a small place,
mainly used for a comfort stop but it has a lot of lovely little cafes, b&b's and some nice wee boutique style shops.

Heading up the road we come to the apple and pear country.
Just the right climate, hot summers, cold winters. 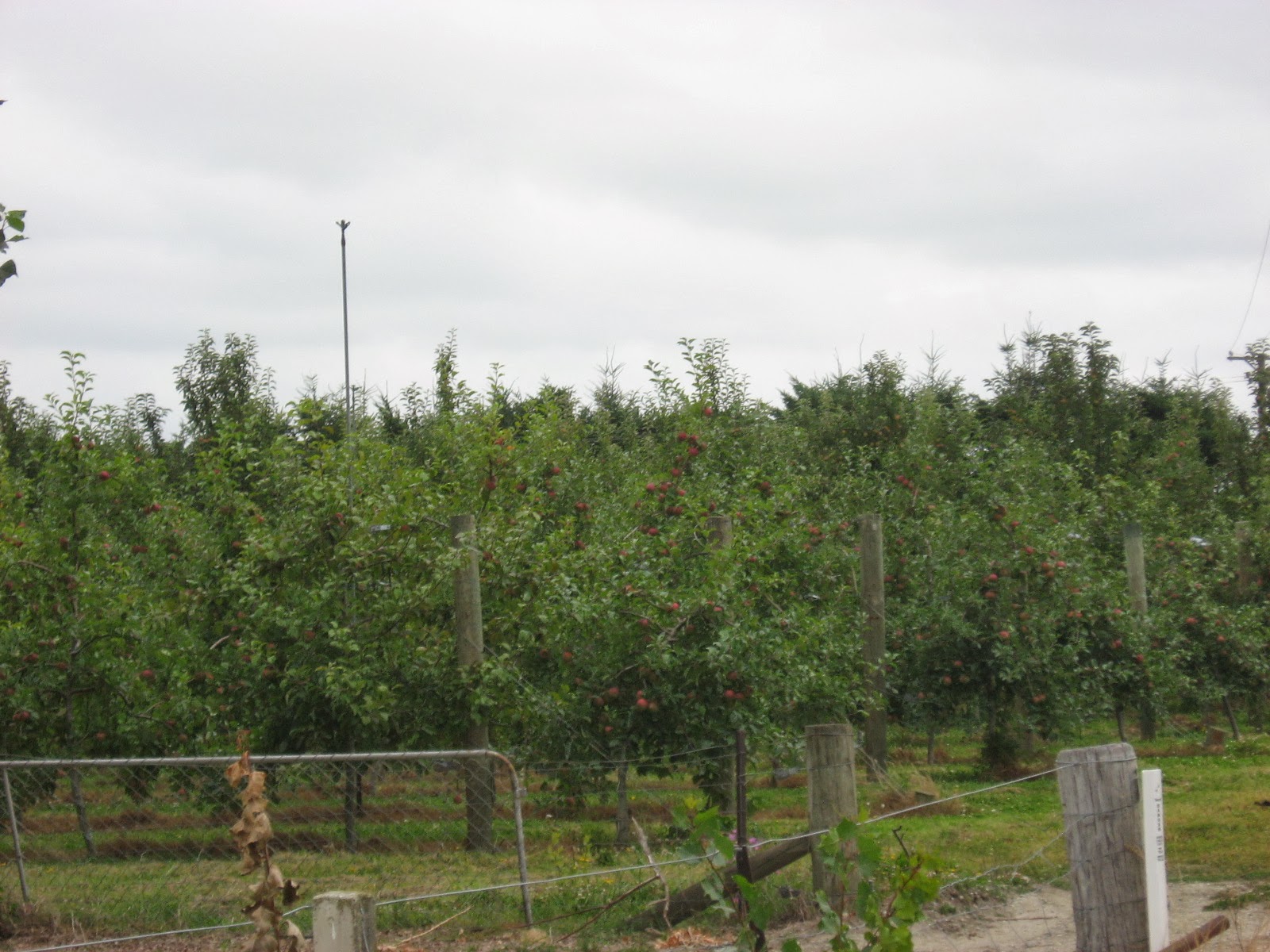 Ettrick (in a&p country) has a nice wee tearooms
where we sometimes stop for devonshire coffee.
Coffee just the way we like it and lovely scones,
raspberry jam  and cream. Yum. 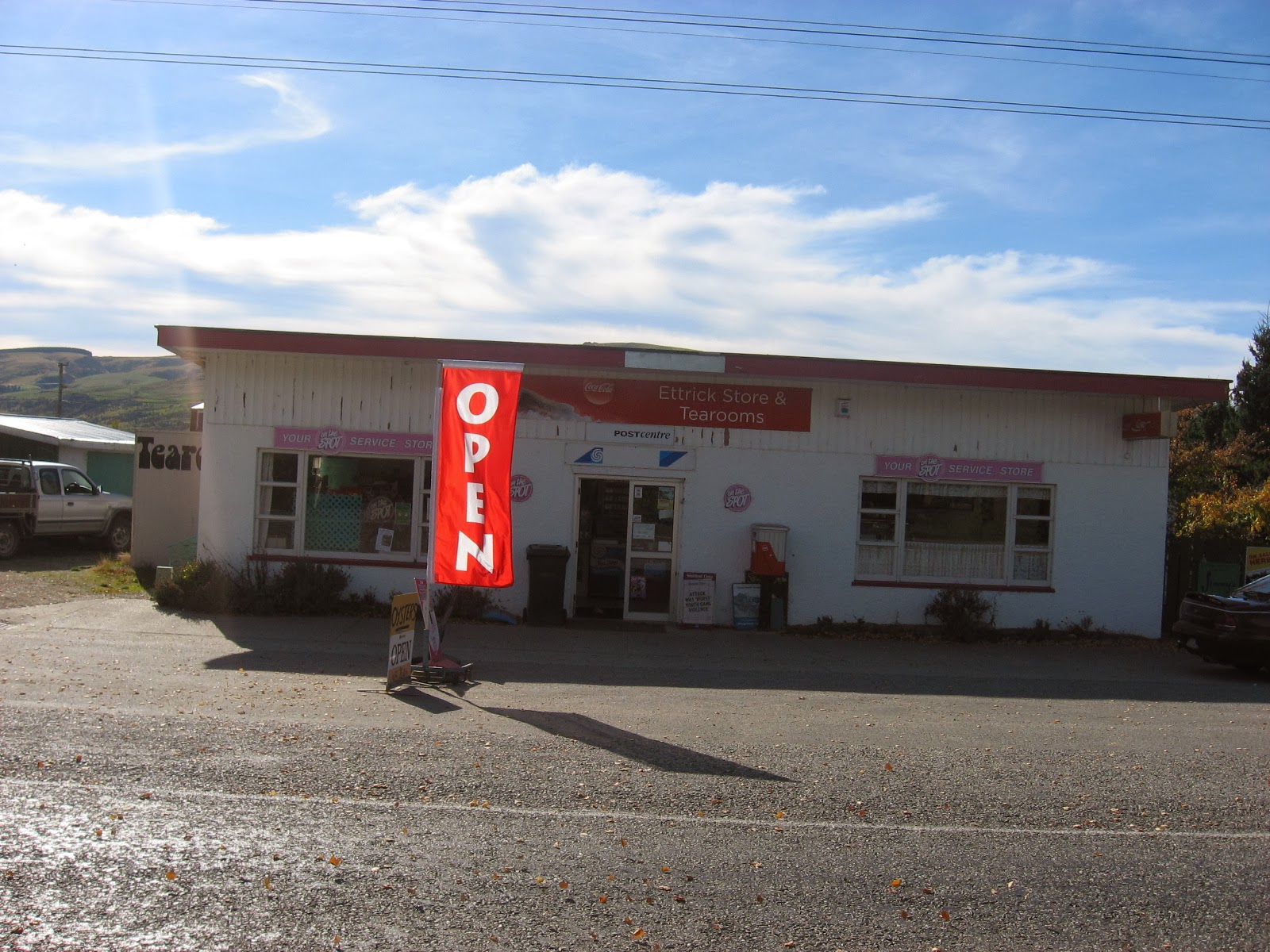 It doesn't look much but is world famous in New Zealand,
being the star of a humorous TV ad for ice cream.
It's also used as a pit stop for trucks and for farm and orchard workers to have lunch, the only place around for several miles.

And a little further up the road we are into the stone fruit area.
I love stone fruit. We always buy enough on the way home
to share with all the family and we know it is fresh off the trees. 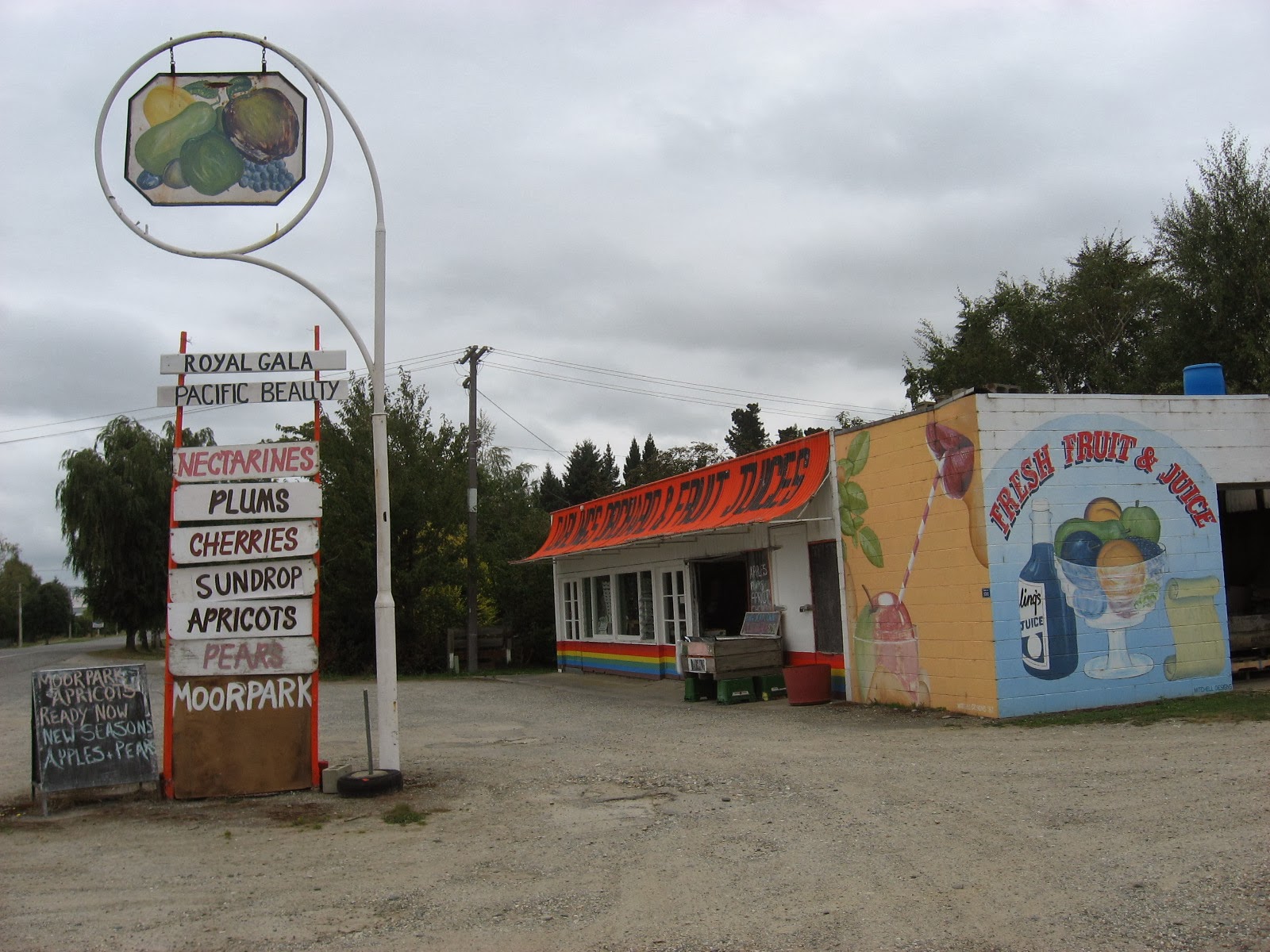 So although there is not much gold around
it is great fruit growing country.
A different type of gold, maybe.

And there I think I will finish
so you don't get too bored with my ramblings.
We haven't had lunch yet and there are
a couple of other places I'd like to give
you a glimpse of so I'll do
another post later sometime.

Hoping you're all well,
and the weather isn't
treating you too badly.
Have a good week,
Diana

Posted by doodles n daydreams at 20:19