On my walks around town I see some unusual and creative stuff.
Some of it is man made and some not. 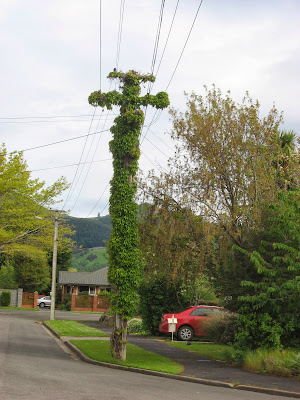 Like this telegraph pole.
The ivy must have been planted by someone
and it always intrigues me as to why.
Surely it could cause problems if it grew along the lines? 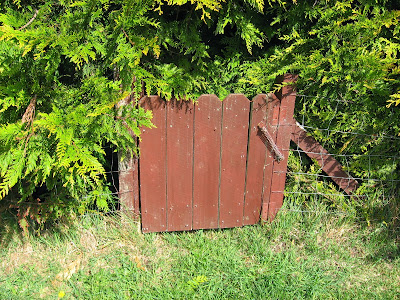 Then there is this gate set in a hedge along the Silverstream.
I guess at sometime it lead into the property behind,
but not any more. 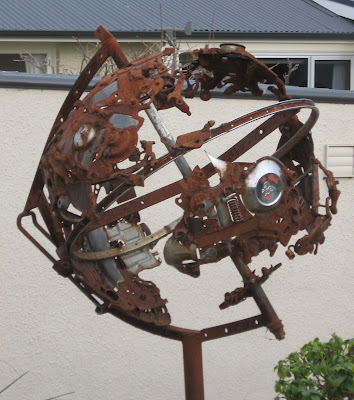 Further along the Silverstream is this world globe.
When I first saw it I thought someone had
just made a ball on a pole out of some scrap metal.
But look closely, that's Australia on the bottom right and New Zealand is just a little further around from it.
Indonesia and Asia are higher up and to the left.
Made from scrap metal from a car.
Very clever, I thought.

This fellow is named Harry, so I'm told,
and he has been made to hold signs or notices.
He stands outside a community house. 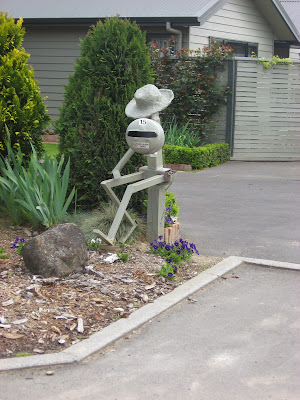 Outside number 15 is this letterbox.
He rather took my fancy.
Someone else has been very creative. 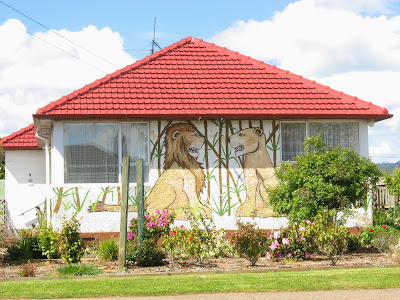 This is my favourite today, though.
A beautiful mural on the front of a private house.
It has been there for years but I still love it.

Have a great week,
Diana

Posted by doodles n daydreams at 16:43