Back in 2014 I did a post about the wee kittens that a wild mama had been bringing to a neighbours house to be fed. All of them were finally rehoused except the mama and this wee one at the back. I called him Fluffybum. He was a cutie. This year we finally managed to trap the mama, and both of her litters, and she has been desexed, inoculated and is back in the neighbours yard. The kittens are in the process of being rehoused. 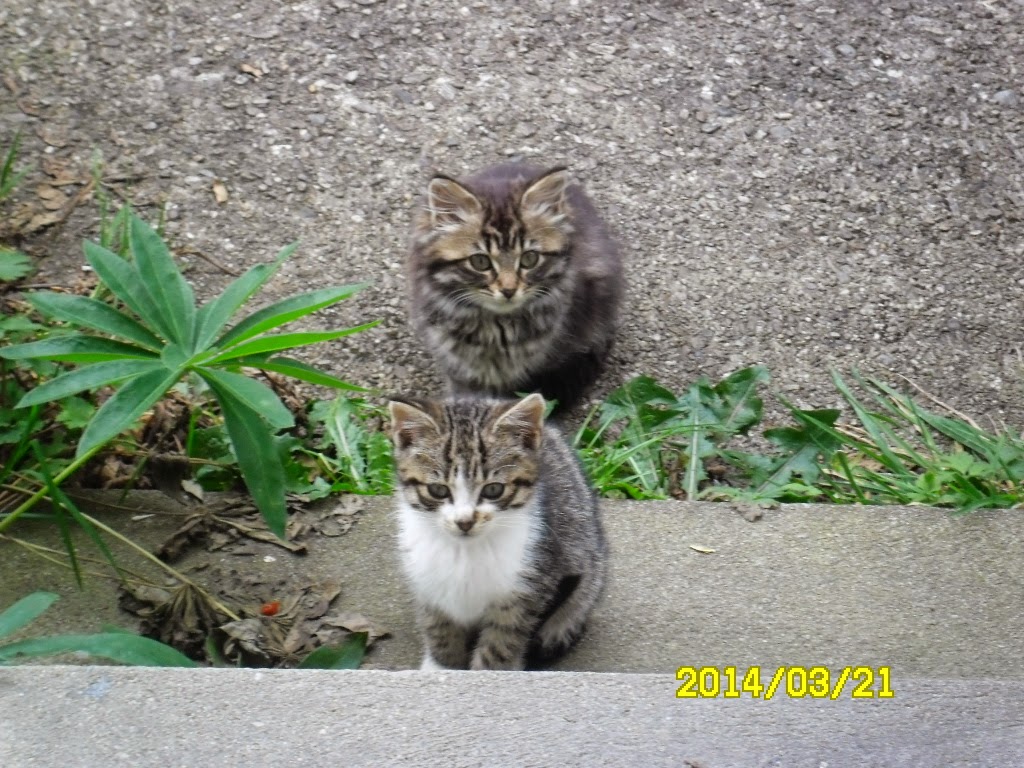 Fluffybum, now known as Mischief, is still about. He has been adopted by the neighbours and now only has three legs after being hit by a car while playing on the road. He is quite timid still, but you wouldn't think so he way he is staring me down in this next photo. 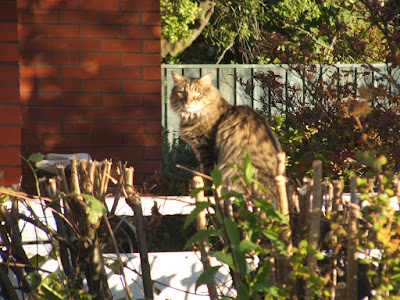 Posted by doodles n daydreams at 19:13