What a busy time of year, I'm finding it hard to fit
in everything I need to do. I haven't even got my
Christmas tree or any decorations out yet, let alone put anything up. But... 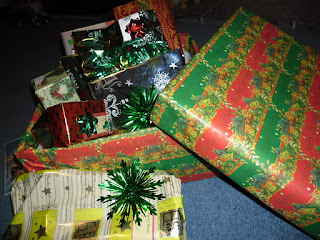 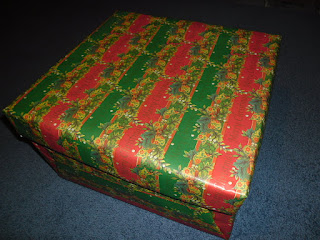 I have got the parcels for Japan all wrapped and in the post and so number one son and his lovely wife  should get them some time this week.
My youngest grandson came with me to post them, he was having time off from school because he hadn't been well and there was a BIG bus trip coming up and he wanted to be well enough for that - of course. He's five.
After we had been to the post office we went for a drink at a 'grown ups' cafe, as opposed to McDonald's or similar. After he picked what he wanted to eat and drink I let him find us a table while I paid up.
He sat very nicely and half way through he said to me very earnestly
"you know Granma, I haven't done this before".
I thought it was a precious moment. 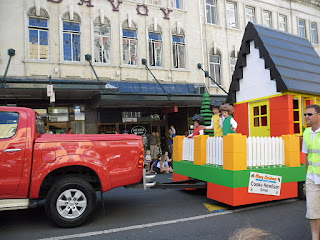 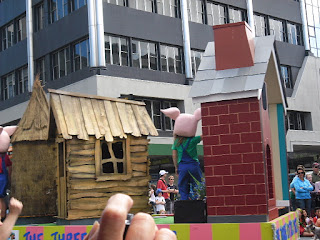 Yesterday we went in to the city to watch the Santa parade, youngest grandson and his sister were on a couple of floats. Their brother was too shy to take part.
The Lego float has Daniel in it, he is the Lego man in the red.
The one below that is a back view of his older sister - trust us to be on the wrong side of the street to see either of them properly, but it was a fun time.
We took my little mother in with us as well and afterwards she told us that was the first Santa Parade she had ever been in to see. Oh dear, I hadn't realised that.
Tonight I shall try to get some Christmas cards done.
Posted by doodles n daydreams at 12:06